ASG Coporation singned a memorandum of understanding with KIS (Korea) 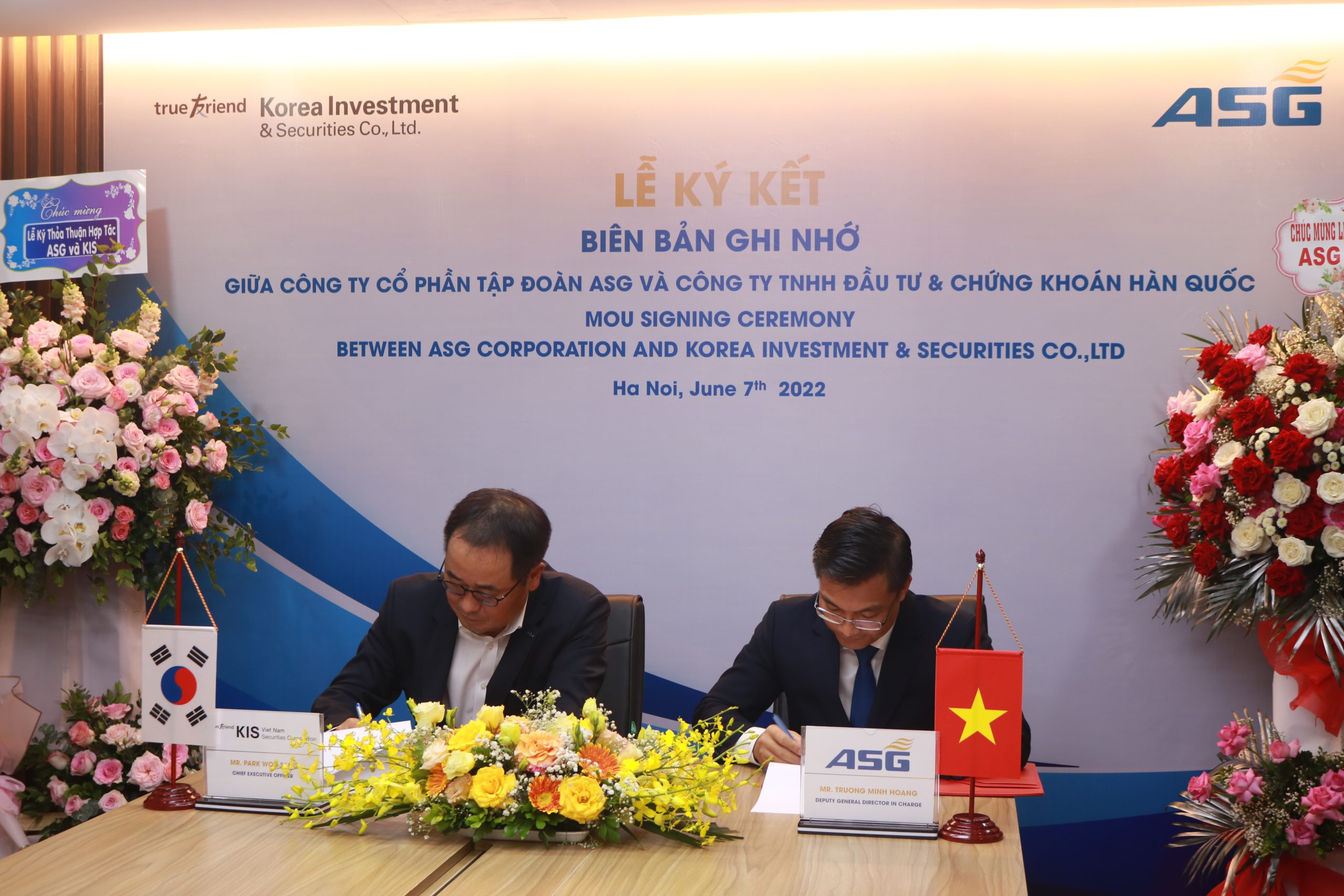 Since May 2022, ASG Corporation has officially becomes holding company of Vinafco Joint Stock Company (VFC – HNX), a big name with rich experience in logistics, and at the same time “unifying” the intergrated logistics ecosystem of- air, sea and land. In addition, the field of airport services, infrastructure investment, and industrial park development are also strategic business areas being developed and expanded by ASG Corporation.

Meanwhile, Korea Securities and Investment Company Limited – KIS is a comprehensive financial investment company under KIH Group with diversified profit models, realizing profits in all fields such as: brokerage, asset management, investment banking (IB). Since 2011, KIS has always led the securities industry in Korea in terms of net profit. Currently, KIS is constantly expanding its network of operations throughout Asia, especially the Vietnamese market. 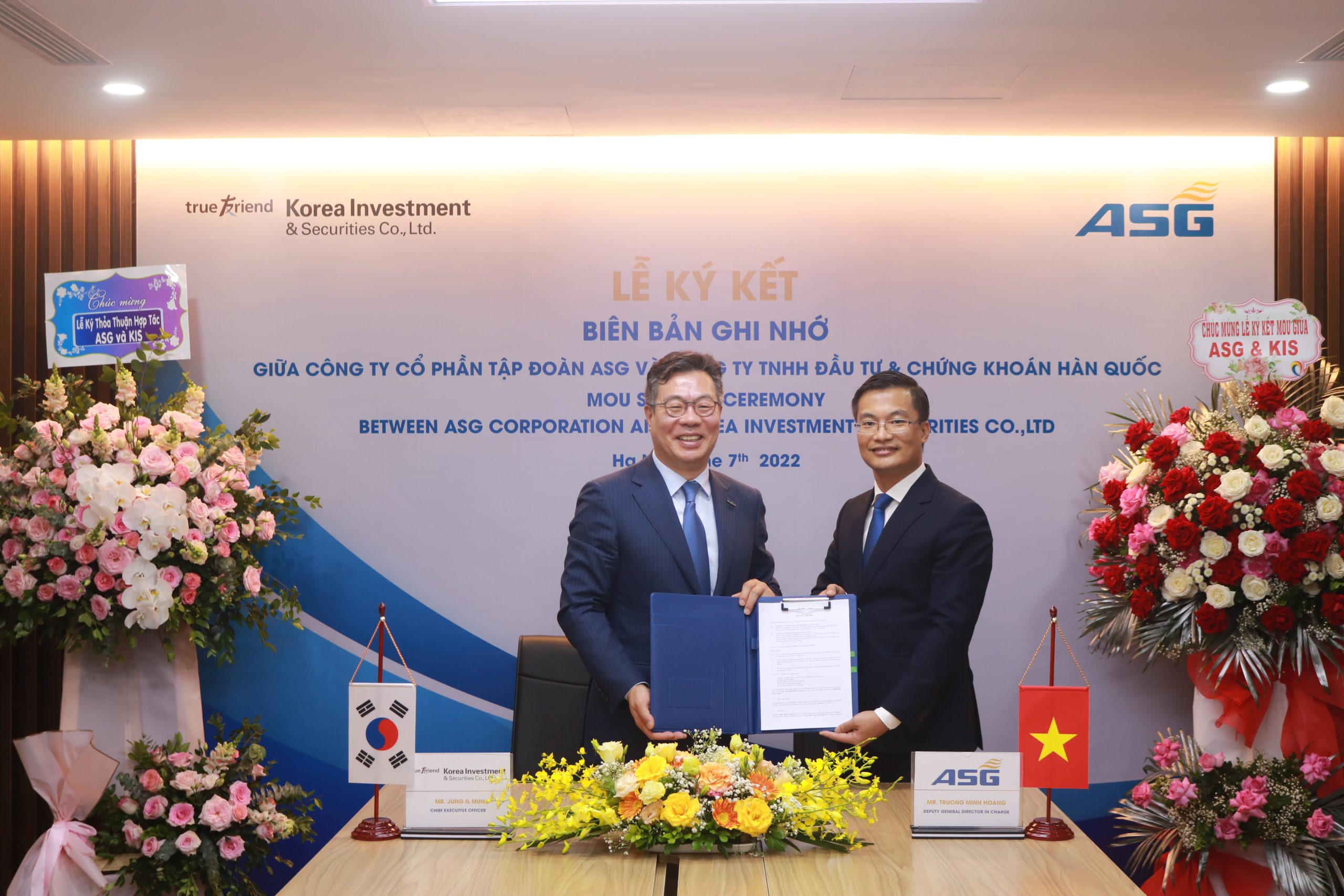 Within the cooperation framework between the two parties, KIS will coordinate with ASG Corporation in mobilizing capital in the financial market, including supporting bond issuance; seeking/introducing capital market investors to supplement resources for ASG Corporation to expand business activities in line with ASG’s strategic business areas: logistics services, airport services, infrastructure investment & industrial park development; and corporate financial consulting. It is known that on May 25, 2022, ASG Corporation completed a bond issuance with a total value of VND 300 billion (around US $.12,7 mil), in which, KIS Vietnam acted as the main arranger and investor, to help ASG complete this deal.

Speaking at the ceremony, ASG’s representative, Mr. Duong Duc Tinh – Chairman of the Board of Directors said: “The signing of this memorandum of cooperation demonstrates the trust and good relationship between the two sides. The spirit of sustainable development and long-term cooperation, together with the available strengths and potentials of both businesses, will certainly achieve positive results, enhancing the reputation and brand both of ASG and KIS.” 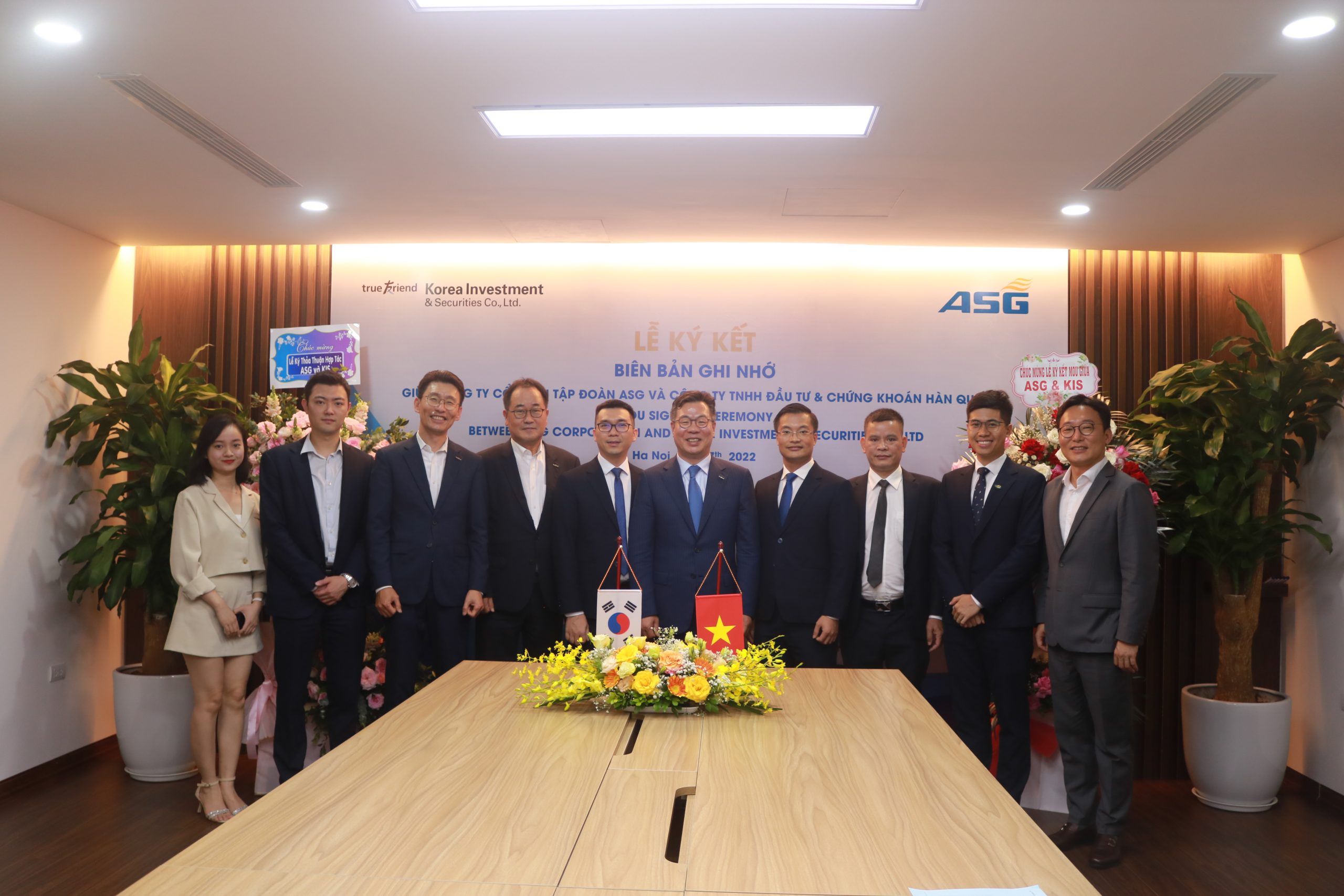 This is also an important result in the direction of closer cooperation and further expansion with foreign partners to concretize the strong development strategy of ASG Corporation.