On December 30th, 2023, at Almaz International Convention Center (Long Bien, Hanoi), ASG Corporation officially announced the new logo and brand identity with the theme New Vision – New Identity – New Success. Attending the ceremony were ASG Corporation’s BOD, the management board of member companies, and the employees of the Corporation’s Office. 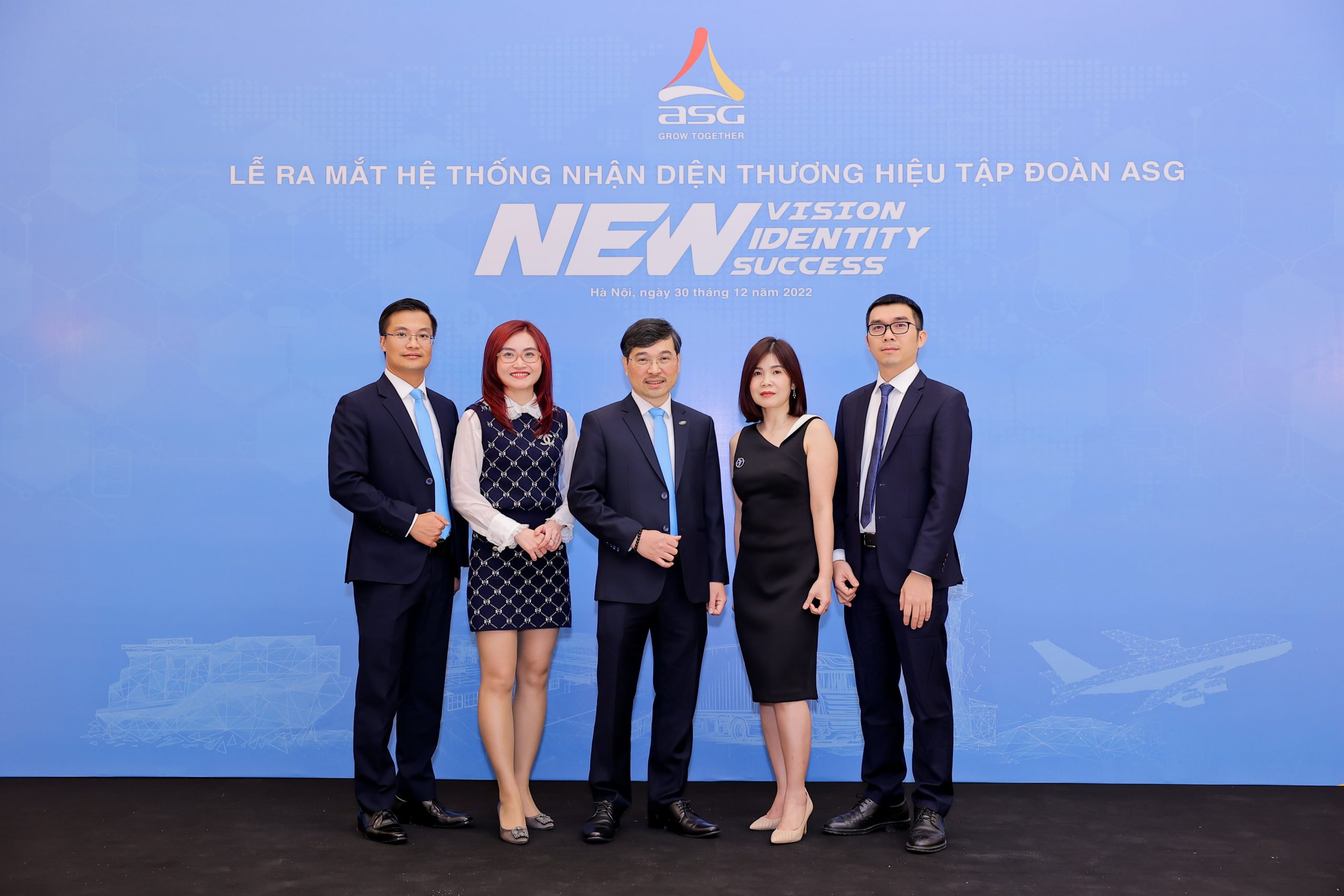 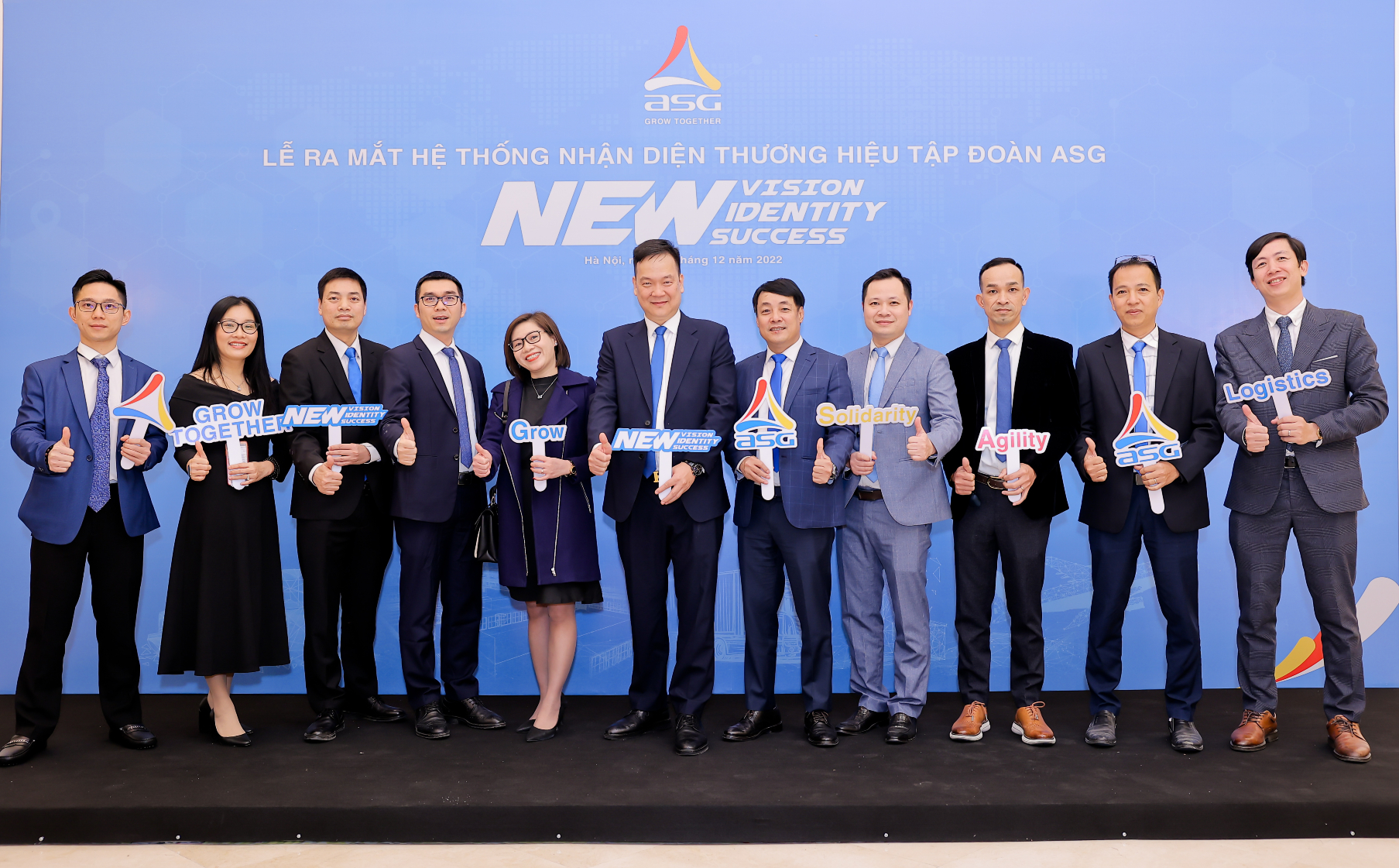 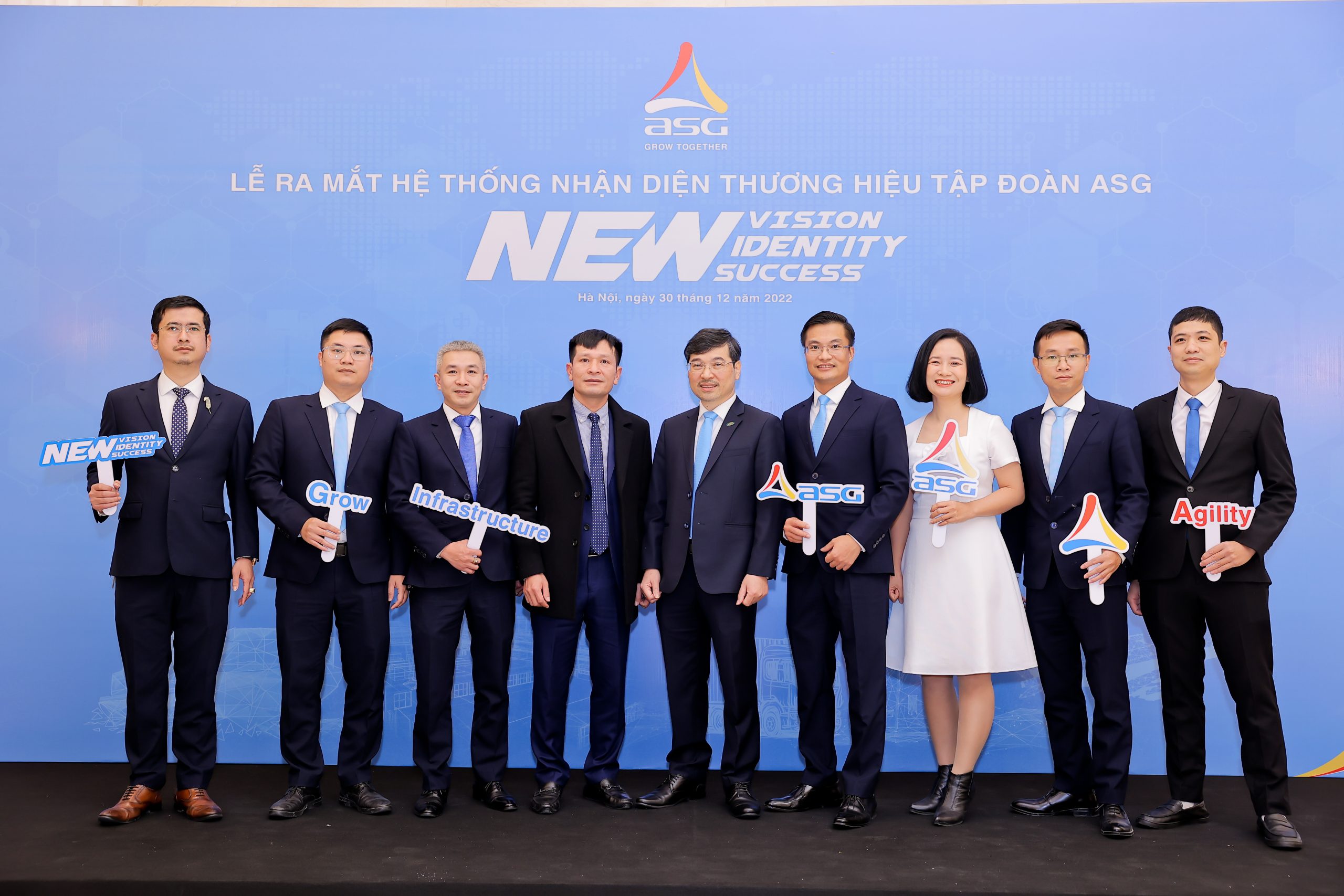 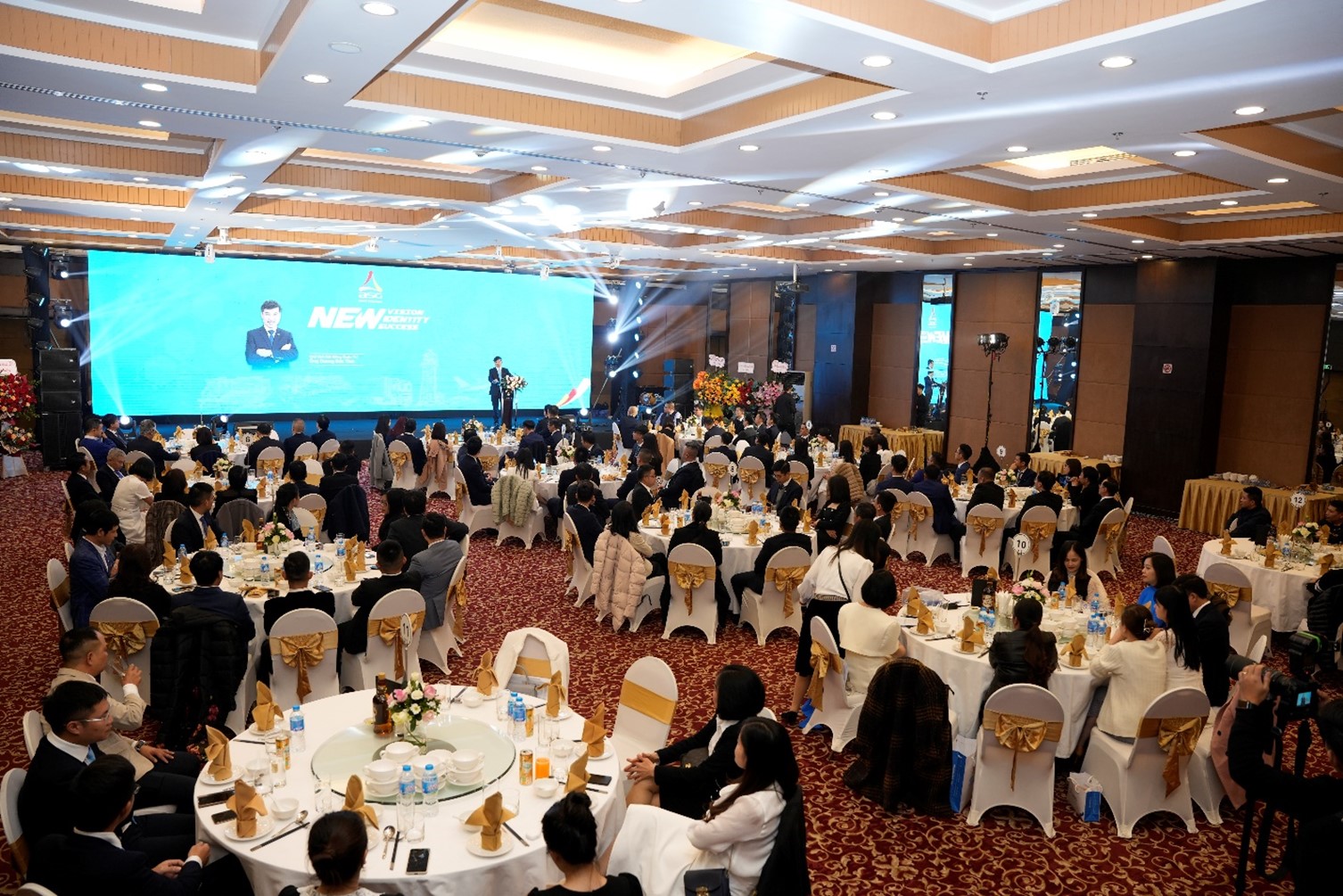 Speaking at the ceremony, Mr. Duong Duc Tinh – Chairman of the BOD shared the overall goal restructuring process of ASG and the purpose of the brand identity change “to reorganize the system according to corporation model, the parent company decides on the main issues including strategy, finance, investment, and senior personnel to ensure the consistency of viewpoints; effectively use resources of the whole corporation to achieve common goals.

This change of logo and brand identity is also for that purpose, an important content in the restructuring plan, helping all employees to have a full consistent understanding of the Corporation, general objective. The change at ASG always adheres to the principle of inheritance and development, so the new ASG logo inherits the solidity of the shape, the agility movement of the waves, and the solidarity and connection among ASG’s generations. Proactive change is always a change with a positive meaning, whether it’s an organization or an individual, that proactive change transformed into a movement in the new ASG logo”. 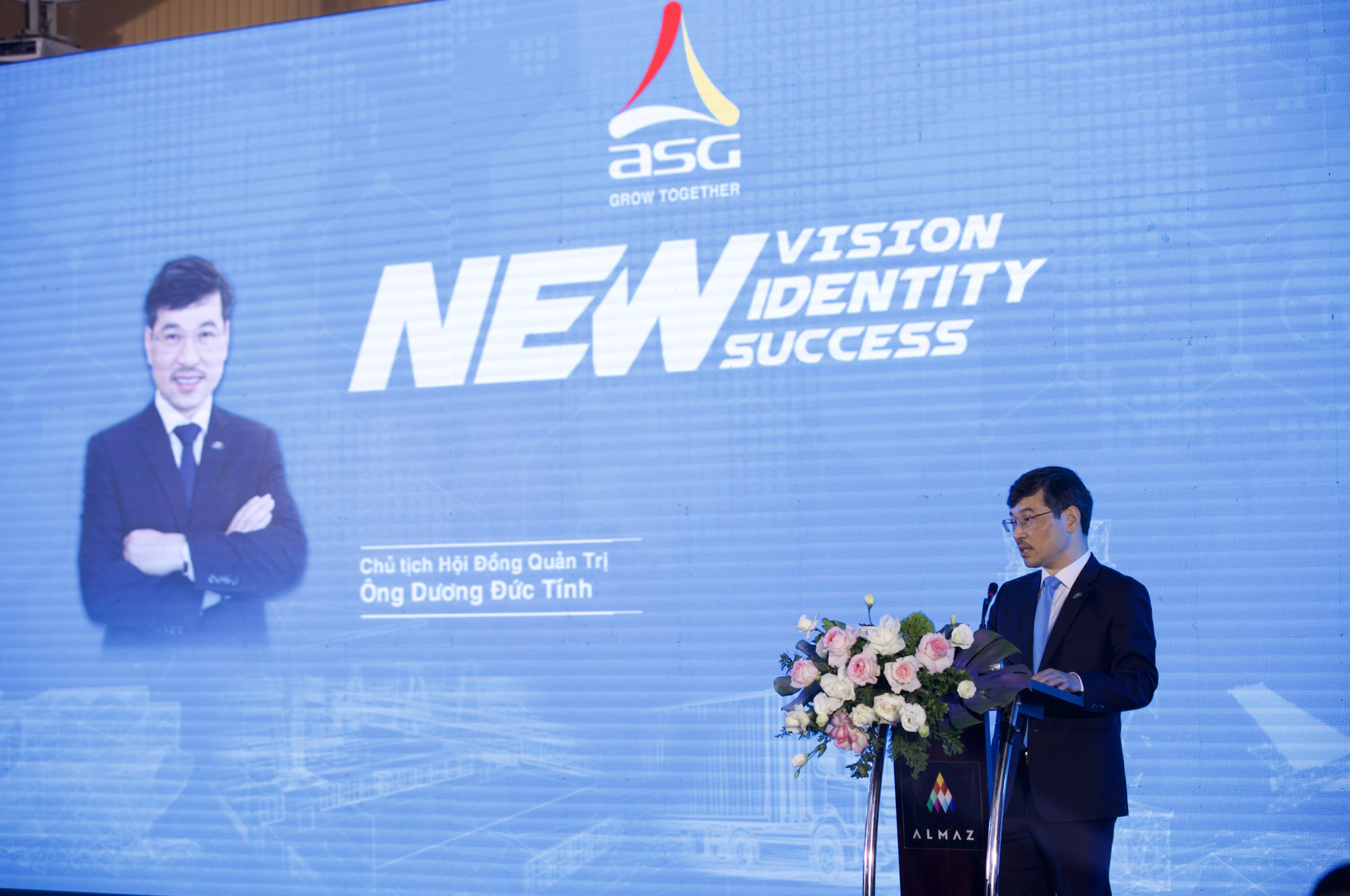 Mr. Duong Duc Tinh – Chairman of the BOD spoke at the ceremony

With a strong background in the aviation logistics field, one of the pioneering enterprises with the model of an “Off-airport cargo terminal” in Vietnam, ASG has established and operated a valuable business network with a logistics center at international airports, large industrial zones and critical cities of the country. Not only that, ASG has also gradually enhanced its position through mergers and acquisitions (M&A) that have resonated in the industry. Up to now, ASG Corporation has made great progress, creating respectable achievements with 3 main business pillars including Logistics, Aviation, and Infrastructure. Equity is over 1,800 billion VND (more than $ 76 million), total assets are over 3,000 billion VND (more than $127 million). In addition, with 23 member companies, more than 2,000 employees, and a chain of logistics service centers operating in all three regions of Northern, Central, Southern Vietnam, ASG Corporation has always accompanied the success of customers, and partners, making valuable contributions to the economic and industrial development of the locality and the country in general.

ASG’s new logo and brand identity both inherit the quintessence and values that have been cultivated during the past route while conveying the expectations and determination to succeed in the journey ahead. It not only increases its position in the market but also brings abundant new energy and strong motivation for ASG to develop and grow stronger with customers and partners to conquer new challenges and new levels. 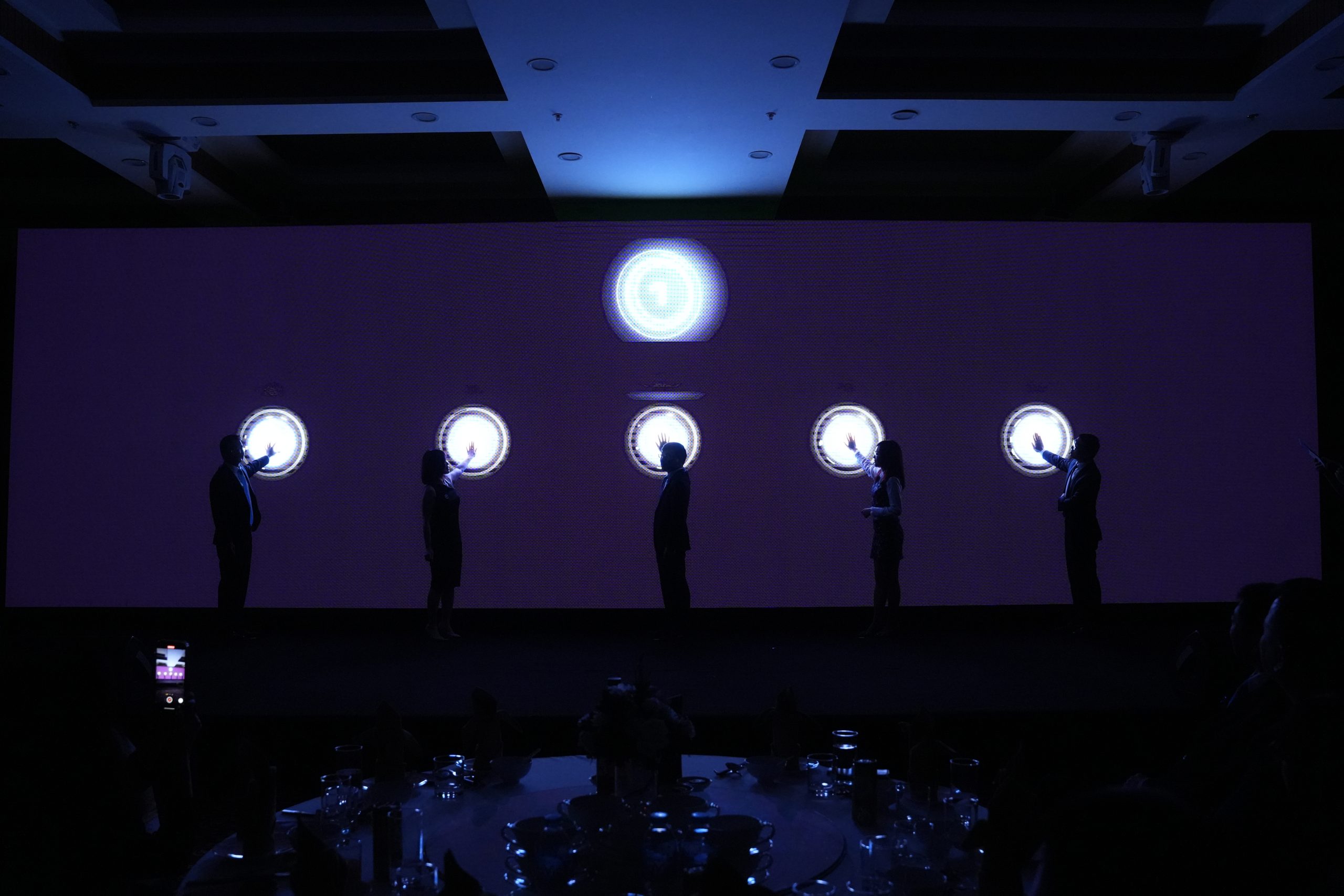 In the joyful and emotional atmosphere of the ceremony, ASG Corporation’s BOD and the Board of General Directors performed the ceremony of activating the logo and new brand identity to officially apply from January 1st, 2023. After the activation ceremony, Mr. Truong Minh Hoang – Acting General Director, the representative of the Project Team shared more about the implementation process of the Corporation’s important project; The key contents about the spiritual value and meaning of the ASG’s new brand identity are the result of the implementation process as well as the considerable goals associated with the new brand identity. 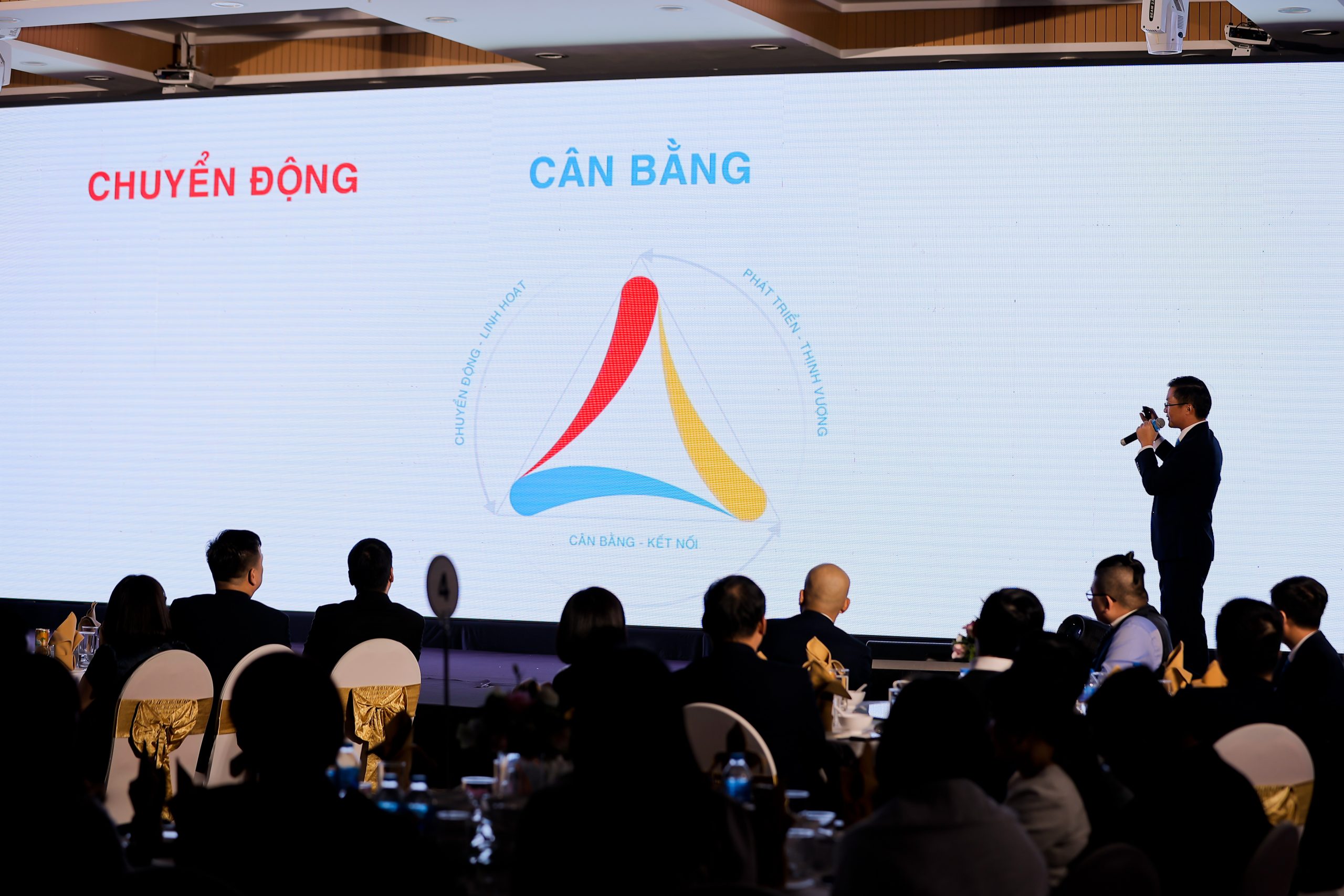 The new ASG Logo was developed on a balanced and solid triangle shape but still exudes flexibility. Three stylized lines of youthful, successive colors carry the meaning of balance and connection, flexibility and showing development and promotion; The subtle implication about the 3 business pillars.

The typical color (main color) for the ASG brand is sky blue, representing trust and responsibility. The auxiliary colors for the ASG brand are red and yellow. Red represents dynamism and enthusiasm. Yellow represents balance and prosperity. Overall, the harmonious and delicate combination of icons, colors and lines highlights the solid, balanced ASG logo with strong internal force and constant movement.

The “development and renewal” of the ASG brand marks a turning point, further improving its image, scale, stature, aspiration for success, aspiration to conquer, creating greater values, more meaningful and sustainable for ASG as well as customers, partners and the community. Commitment to “effort, success and sharing together” 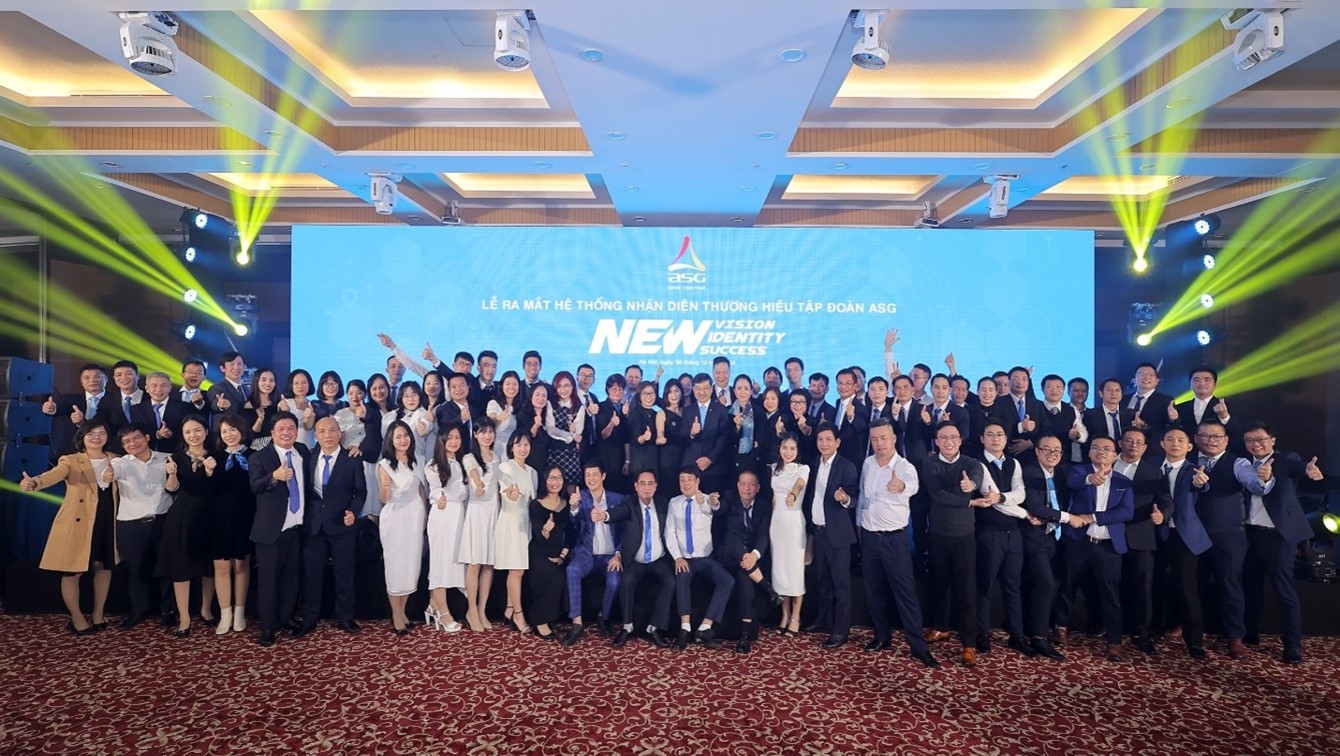 The launching ceremony of ASG’s new logo and brand identity took place successfully with the happy, joyful and close atmosphere of the participants in the closing days of the old year and welcoming the new year with new energy, new hope and new success.